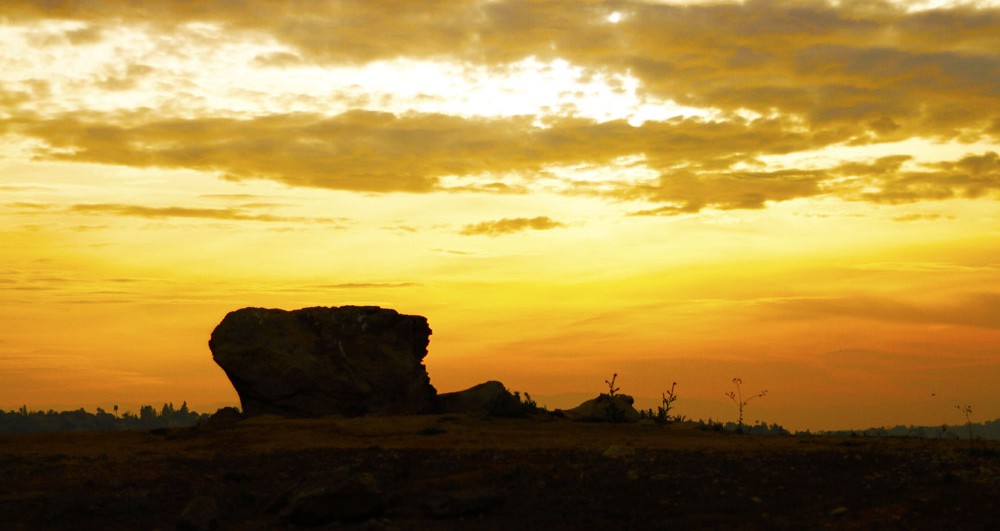 Volunteers to the rescue!

Posted on February 4, 2017 by MySycamoreCanyon

On Saturday February 4 the students of Val Verde High School came by the Sycamore Canyon Wilderness Park to volunteer their time!  The Sycamore Canyon Wilderness Park is a wonderful resource that we have within the Riverside City limits that everyone is free to enjoy 7 days a week!  Unfortunately, some people misuse the park, painting graffiti and littering.  Our natural spaces are valuable and will only continue to be beautiful places for everyone to enjoy if we all do our part and maintain them.

The students of Val Verde High School came in today with a few of their teachers to help keep the park beautiful.  Graffiti abatement and trash pick up were the goals of the day.  The park and nature center are grateful to the efforts and hard work of the students and their teachers!

Thank you to the students and to everyone else who their part in helping us keep the park beautiful!

Science Chats: Zika! Everything you wanted to know (but were too afraid to ask).

Posted on January 25, 2017 by MySycamoreCanyon

This past Friday we hosted our first Science Chat guest of the year, Bill Van Dyke, the Public Information and Technology Officer from the Northwest Mosquito and Vector Control District.  Bill and other district employees dedicate their energies to educating the public, targeting mosquito breeding grounds, and researching better ways to control mosquito carried diseases.

Did you know that mosquitoes can still breed in the winter?  We didn’t!  Last night we learned that mosquitoes only need a little bit of water to thrive, and places like flower pot overflow plates, watering cans, kiddy pools, and other water collection areas can harbor them. If you have even a small amount of standing water (as small as a bottle cap), it’s always a good idea to tip it over!  Mosquito larvae need calm, still waters to grow in, so be aware of any pooling water on your property like:

Mosquito carried viruses can be scary to think about, but Bill and the other district employees are dedicated to helping!  For questions, concerns, or outreach, visit either their Facebook or their website.

Science Chats are engaging , free, show-and-tell evening lectures for adult* visitors designed to answer questions and inform about topics relevant to Riverside life.
*Topics are unsuitable for small children and there will be no children’s activities provided. Topics suitable for ages 16+. Please leave the little ones at home for this one!

Our thanks to Bill and the other Northwest Mosquito and Vector Control District employees for their hard work and dedication!

Posted on January 24, 2017 by MySycamoreCanyon

The Ameal Moore Nature Center loves partnering with outside organizations!  This past weekend we teamed up with UC Riverside’s Director of Invasive Species Research, Dr. Mark Hoddle!

For Riverside, the Citrus Psyllid is an invasive ‘bad bug’ that could take down the citrus industry!  This bad bug has cost billions of dollars in damage to Florida’s orange industry already. We don’t want that here!

The question of how to deal with invasive species has been approached in many ways.  Some of these ways are as simple as pulling up the species if it’s a plant.  But for small invasive species, such as tiny insects, eliminating each insect one at a time is both difficult and impossible.  Other methods include harsh pesticides, which can be harmful to other native species, humans, and pets.  Dr. Hoddle spoke to visitors about a better option: biological control (or biocontrol). Biological control involves finding and introducing the natural predator of the invasive species.

Dr. Hoddle and the Invasive Species Research Department focus use biological control to solve invasive species problems.  Dr. Hoddle and his team have worked in countries all over the world searching for the natural predators of invasive species that will help us lesson their impact safely.  Today, scientists like Dr. Hoddle keep specimens in quarantine and do years of research before releasing them to ensure that any introduced predators won’t cause damage to their new environment.

Dr. Hoddle points out locations of an invasive insect

Specimens of the larva of the invasive South American palm weevil

Visitors got up close with specimens Dr. Hoddle brought

Specimens of the Asian citrus psyllid are extremely small.

A citrus psyllid infected citrus plant- can you see the bad bugs?

Dr. Hoddle brought videos, pictures, and specimens of the various species he works to eliminate.  Riverside’s citrus industry has a good fighting chance thanks to the efforts of Dr. Hoddle, his team, and other scientists like him!

Posted on January 17, 2017 by MySycamoreCanyon

This past Second Saturdays we talked about our smelly friends skunks!  Though they have a stinky reputation, skunks are fascinating creatures and important parts of our ecosystem!  Visitors learned about skunk diets, coloration, and of course, defense mechanisms!

By the end of the day, we had lots of skunks running around the center!  Luckily, they were only visitors in the skunk masks they’d made (phew!).  If you missed this event, don’t worry!  Another Second Saturday will be on the way next month!  Check out or Events page for details.

Posted on December 11, 2016 by MySycamoreCanyon

Pinecone  wind chimes were the craft of the day and visitors got to take home their festive creations!

If you missed this past event, don’t worry!  There’s plenty more coming up.  Every 2nd Saturday of the month the nature center hosts the Second Saturdays program.  Check out our EVENTS page for future events.

Posted on December 3, 2016 by MySycamoreCanyon

The Ameal Moore Nature Center staff and visitors were in for a real treat!  Dr. William K. Hayes with Loma Linda University joined us on a special event day to talk about snakes!  Dr. Hayes works with snakes at the university and brought a few of them with him for a special talk and show and tell!

Snakes are creatures that many people are afraid of.  Many of our visitors have misconceptions and misinformation about snakes, believing them to be slimy, scary, and even blood thirsty.  In reality, snakes are not slimy, scary, or thirsty for human blood at all!  It’s important to remember that they do have teeth and can be dangerous if provoked but that they are also an important part of our environment.  Without them, the balance of our area would be thrown off!  Dr. Hayes and many other educators and scientists like him work very hard to help people understand how to live in peace and have fun with snakes while still being safe.  The nature center encourages education about our cold blooded friends and is always pleased when fears are alleviated, but would like to remind all of its visitors to please never pick up a snake in the park- they’re protected!

The nature center was thrilled to have him join us and is looking forward to future events!

If you missed this fun and informative event, don’t worry!  We’re gearing up for the new year with lots of new guest speakers and events!  You can check our events page for all upcoming programs.

The Ameal Moore Nature Center and its staff would like to say a very big thank you to Dr. Hayes for coming out and speaking with our visitors!  We had a lot of fun!

Posted on November 19, 2016 by MySycamoreCanyon

The Ameal Moore Nature Center hosted UCR Graduate students Derreck and Sören as they talked to us about fungi!  Fungi is great and amazing- who knew???  They’re not just delicious and nutritious!  They’re also used for medicines, other species rely on them for survival, and they decompose rotting matter!  Overall, they have an intricate role in our ecosystems!

Visitors listened to a brief talk before they got to look through microscopes and tie-dye mushrooms with food coloring!

If you’d like to tie-dye your own mushrooms, just put drops of food coloring on clean mushrooms, spray them with water and viola!!! Beautiful mushrooms for a beautiful omelet!

Posted on November 12, 2016 by MySycamoreCanyon

What does the fox say?  Well, nothing, really.  But we had a lot to say about him this past Second Saturdays event!  Visitors were welcomed into the center and heard all about our fantastic Mr. Gray Fox!  The activity of the day were adorable fox ears.

If you missed this fun event, don’t worry!  The nature center does Second Saturday events every second Saturday of the month.  Check out our events page for more information and dates!

Posted on October 27, 2016 by MySycamoreCanyon

National Fossil Day is in October and this year the nature center decided to celebrate with the rest of the nation by hosting our first Fossil Day.  In partnership with UCR’s Department of Earth Sciences and several paleontologists in Riverside, the nature center threw a fun day full of fossils!  Visitors were invited to chat with paleontologists, participate in staged fossil digs, take a guided hike, paint plaster fossils, and even got to take some real fossils home with them!

The nature center was thrilled to welcome visitors to this fun event and is already planning next year’s event.  Thank you to everyone who participated in the day to make it successful and memorable!

Posted on October 13, 2016 by MySycamoreCanyon

This Second Saturdays event we talked about decomposers, the REAL death eaters!  Decomposers are an important part of the world.  Without them, we’d have a lot of rotting matter to deal with.  Decomposers and scavengers include fungi, insects, birds, mammals, and more!

Visitors joined us for some fun activities, crafts, and information.  If you missed this event, don’t worry! We’ve got another one coming next month!

Park:
½ hour before sunrise
until ½ hour after sunset Sunday-Saturday